You are here: Home / Learning / Is it Possible to Monetize Your Posts Without a Website? – Steem Blockchain Explained

Due to the high volatility of the cryptocurrency I’m no longer considering Steemit a good idea for content monetizing. As a matter of fact, I consider any involvement in cryptocurrency highly risky, and for that reason I do not recommend Steemit anymore if you were planning to earn serious money with it. It’s still an interesting idea as a social platform experiment, and if you invest in it no more than $15 like me, it won’t really harm your pocket. But again, only if you consider it as nothing else than an experiment.

Investing in highly volatile assets, such as cryptocurrency, requires specific skills, which are very different from the ones needed in the IM industry. You have been warned…

Few months ago I started some activity on a social media platform, which is quite unique I might say. It’s about Steemit, which is built on top of a blockchain. Read further and find everything about STEEM blockchain explained below.

Everything you do on Steemit (posting, re-steeming, upvoting, etc.) is considered a transaction and will remain in the blockchain network forever. Also upvoting, which is the Steemit equivalent of liking, results in rewarding the post’s author with Steemit specific cryptocurrencies. Read more on this below.

There are many other platforms that are using the same concept, but to my understanding, Steemit is the first one.

Basically how Steemit works is that everyone creates posts and when these posts receive upvotes, then you earn some money on them. Some money you can cash out and a percentage goes back into Steemit to increase the reward pool, so that there is always money going in to grow Steemit and support its users.

You can upvote your favorite posts too and receive a small percentage of that post’s earnings too. Everyone arrives on Steemit hoping to make money, to be fair that is what we all want to do, but we end up staying and making some of greatest acquaintances and friendships of our lives.

You can self vote your own posts, but it’s considered non ethical to self vote your comments and replies. Anyway this subject is open for debates. When you vote on other people’s  content (posts, comments, replies), that is called curation.

Every account has an associated reputation score. This is a number that is displayed in parentheses besides the name of the user. The reputation score is based on the history of votes received by the account and is used to hide low quality content. Every new account gets a starting 25 reputation score, which may grow as you continue to receive positive votes, or it may decrease.

Within Steemit blockchain network there are 3 kinds of cryptocurrency in fact: STEEM, SP (Steem Power) and SBD (Steem Baked Dollars). Let me explain:

Below you can see my wallet at the time of writing. It’s not quite huge, but this is what I managed to generate during my first month. Or you can simply navigate to this direct link: https://steemit.com/@vladu/transfers.

How to Become a Steemian

First step is to go to Steemit website and signup for a new account. During the signup process you’ll need to come up with your username and you’ll receive a generated password. There are some very important rules that you need to stick to religiously:

These are the most important rules for you to keep.

The next step is to take care of your profile. You basically need to setup your profile picture and cover image, and some other details, like your location, display name, about line, etc. And this would be pretty much everything.

How to Exchange Steemit Cryptocurrency to Fiat and Viceversa?

For the time being, the only way is by using Bitcoin, Ethereum or another cryptocoin that can be exchanged with fiat. The most handy way to buy or sell STEEM or SBD is by using the BlockTrades exchange. This service has the advantage that it doesn’t use any internal wallet, so you don’t need to transfer the money back and forth between the exchange and your own wallets. It operates by using your own wallets directly as the source and destination.

I hope you found this article about STEEM blockchain explained well enough. It’s beyond the scope of this article to completely cover the subject, it just sheds some light on this rather original social platform concept.

Vladimir Unguru is an IT professional and part-time Internet marketer. He is an experienced programmer for over 20 years and he has recently started to develop IM related software. 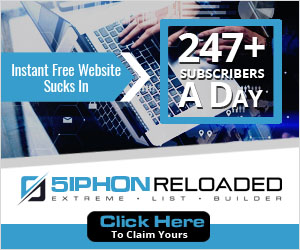 While we receive affiliate compensation for reviews / promotions on this page, we always offer honest opinion, relevant experiences and genuine views related to the product or service itself. Our goal is to help you make the best purchasing decisions, however, the views and opinions expressed are ours only. As always you should do your own due diligence to verify any claims, results and statistics before making any kind of purchase. Clicking links or purchasing products recommended on this page may generate income for this website from affiliate commissions and you should assume we are compensated for any purchases you make.

This site uses cookies. If you continue to use this site we will assume that you are happy with it. Find out more.